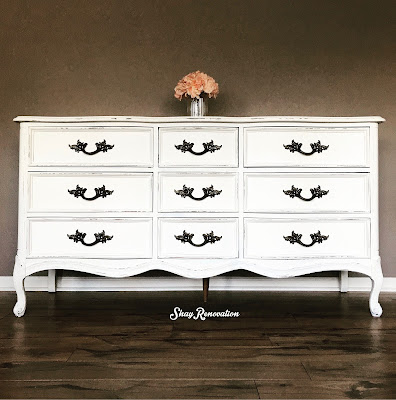 Hello and happy spring! It's been awhile since I have completed a piece and posted about it. Hope everyone is doing well!

2018 has been an exciting year so far. In the process of selling my condo, moved in with the boyfriend, celebrated the big 3-0 in Clearwater Beach with family and finally finished this huge dresser! This was by far one of my top stories for how I acquired a piece and my heart was racing when I finally picked it up.

So my friend/hair stylist texted me this dresser from Facebook marketplace since it was only listed for $50! She said she was out of town, so wouldn't be getting it, so I messaged the seller. I love anything French Provincial and was so excited to finally find a nine drawer dresser that did not have the ugly whiteish paint from the 70's.  Luckily it was on a Saturday afternoon, so I messaged him and said I could pick up ASAP. He said ok.. and then never responded. Just my luck. So, I sent him a few more messages asking for his address and he finally said someone was coming to look at it and if they didn't take it I would be next. No way could I let this happen. So I messaged him that I would give him $75 for it. He said that was enticing.. but still never gave me his address. So then I offered $100 and he said here is my address, I will make this FCFS, whoever gets to my house the fastest. I am so shocked I did not get pulled over on my way. I got to his house and immediately opened my tailgate and told him let's start loading it in. He was shocked that I didn't want to check it out first. I knew from the pictures it was a good quality piece and I just wanted to get it in my car. Sure enough, as we had it half in my car the other group showed up. Luckily, they were pretty cool about it. And in the end, the seller said he paid $100 for it so he was just happy to get his money back on it. Win win for both of us!

So I took it home and it sat for quite some time. Then I finally got to working on it a month or two ago. My first steps were to get all the hardware off and get it cleaned with some TSP and hot water. I acquired some super cute helpers for this. Here are some pictures: 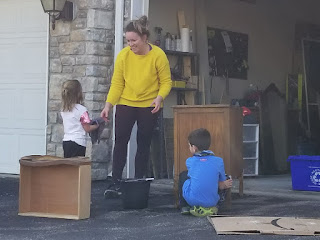 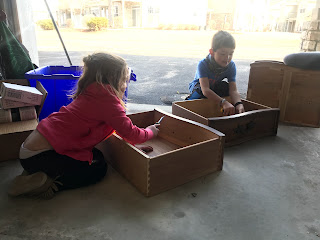 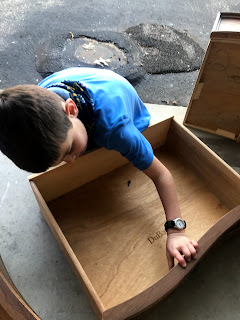 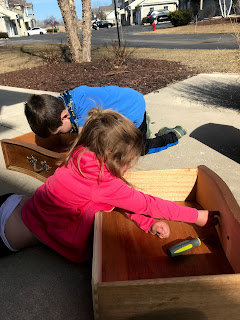 They also helped me get the first coat of paint on a few of the drawers. 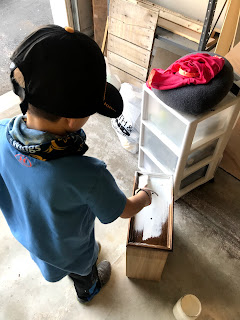 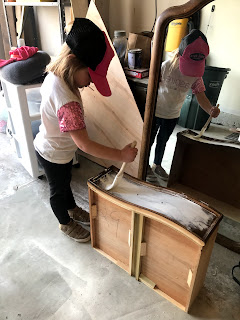 I went with Spun Cotton from Behr using the Behr Premium Plus Ultra line with primer already in the paint. Mixed it up with my Plaster of Paris and water recipe. 3 parts paint, 1 part water and 1 part Plaster of Paris. Here she is after the first coat of white. It's a love/hate relationship with painting pieces white! 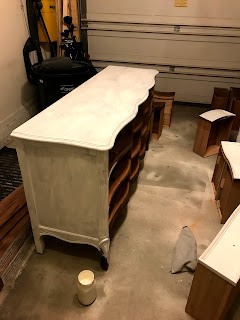 The sea of drawers in my workshop. 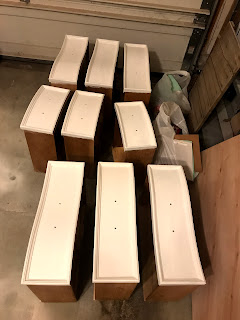 Starting to come together. 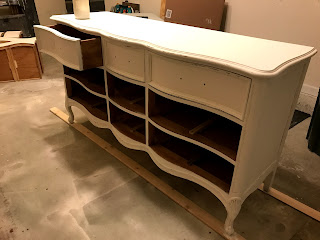 Action shot of me painting, I decided to hand paint this piece instead of spraying it. 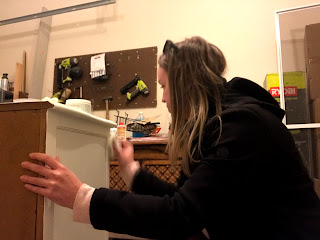 Putting the drawers in after sanding, clean up and two wax coats. I used Miss Mustard Seed's clear wax on this piece. 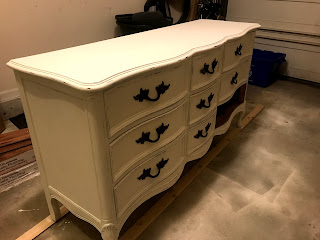 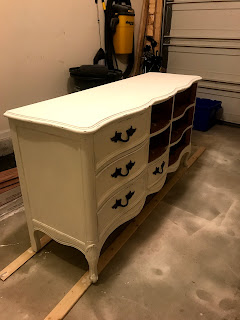 And here she is all finished up! 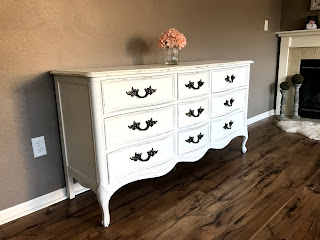 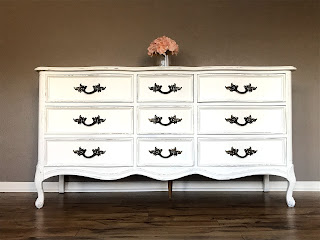 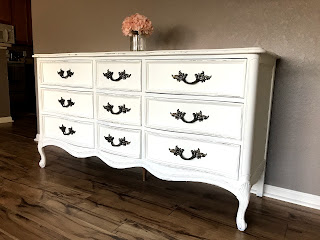 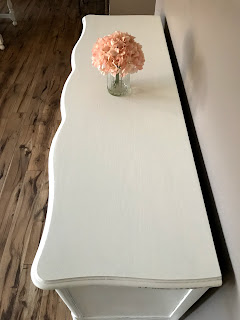 Little helper in the picture, think he likes it! 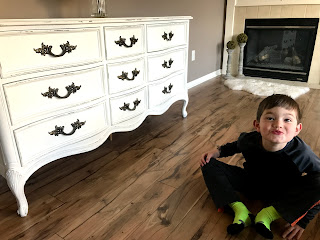 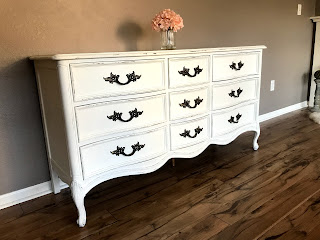 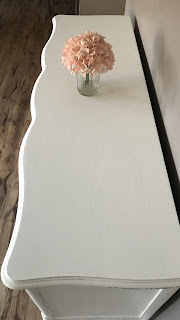